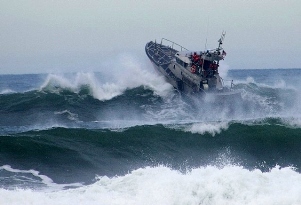 It has been just over a year that the trip that inspired this blog was scheduled and then cancelled. That trip was a twelve day solo expedition through Oregon, which I was forced to cancel when I took a new job in May of 2012. This blog began as a place for me to store the months and months of research that I had compiled for the trip.  I was heartbroken when I couldn’t go but I always knew I would make it there. I just wasn’t sure when.

People sometimes wonder why I love Oregon so much, particularly since I have never been there. Let me tell you. Growing up on the East Coast I have always had a deep connection with the Ocean. During my seven year stay in Rochester, New York, I missed being by the water. But I did come to love the mountains and lakes of the Adirondack region. It was then that I began to ask where I could find a small beach town close to the city and near the mountains. This would be my perfect place. Eventually my question was answered and that answer was Oregon. Ever since, I have longed to go and see this place of my dreams.

On Christmas of last year a strange thing happened. I ran into a boy that happen to love Oregon just about as much as I do and, like me, had never been there.

So, it is official. In just a little over a month me and this boy are going to Oregon. It turns out that he has a good friend, from his Coast Guard days, stationed in Tillamook Bay. As some of you know, this was one of my primary stops from my original trip and is also on my Bucket List. This trip will be much shorter, as nether of us have a mess of time off right now, but I am overjoyed all the same. We will be flying into Portland and staying in Tillamook for three nights and four days. On our last day we will be driving to Seattle to spend the day and then flying out from there just past midnight.

I am tempted to take a solemn oath that nothing will stand in the way of this long anticipated adventure. But I fear that my jinx it. So, we will just have to keep of fingers crossed and see what happens.