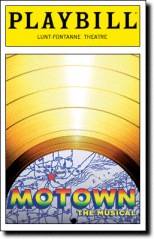 Despite the Friday night traffic, we made it into the city with plenty of time to settle into our seats at the Lunt-Fontanne Theatre for Motown The Musical. The last show I saw on Broadway was West Side Story and it was bland, to say the least. I am pleasantly surprised to say that Motown blew away all of my expectations. It was incredibly entertaining and truly well done. We were also pleased with our decision to face the traffic into the city instead of taking the PATH. Turns out the PATH was down on Friday and had we gone that route we would have missed the show. This was a Road Trip SUCCESS.

The QuickChek NJ Festival of Ballooning, on the other hand, was a bit of a Road Trip FAIL. Don’t get me wrong, Travelerette has a good time wherever she goes, especially when she is with her main squeeze. Walking around, taking in the sights, and eating meat on a stick with the cool sounds of REO Speedwagon in the background made for a lovely Saturday night. BUT this girl has been waiting since she was a wee lass to see the grandeur of a hundred balloons up in the sky. I hadn’t even considered wind. Low and behold, about twenty minutes before the balloons were to take flight, the mighty wind came a howlin’ and that was the end of it. No balloons for Travelerette, this year at least.

Another piece of disappointment pie was the parking debacle. Since the festival takes place on the grounds of an active airport, we were bused from the parking lot to the main festivities. This made for quite a scene trying to leave. The line for the buses was easily a half a mile long and they prohibited anyone from trying to walk.  So, essentially, if you took the bus you were trapped there. Not Cool. Note for next year: avoid windy days and park in a nearby neighborhood and hike a mile in.  At least we got to see Elvis… 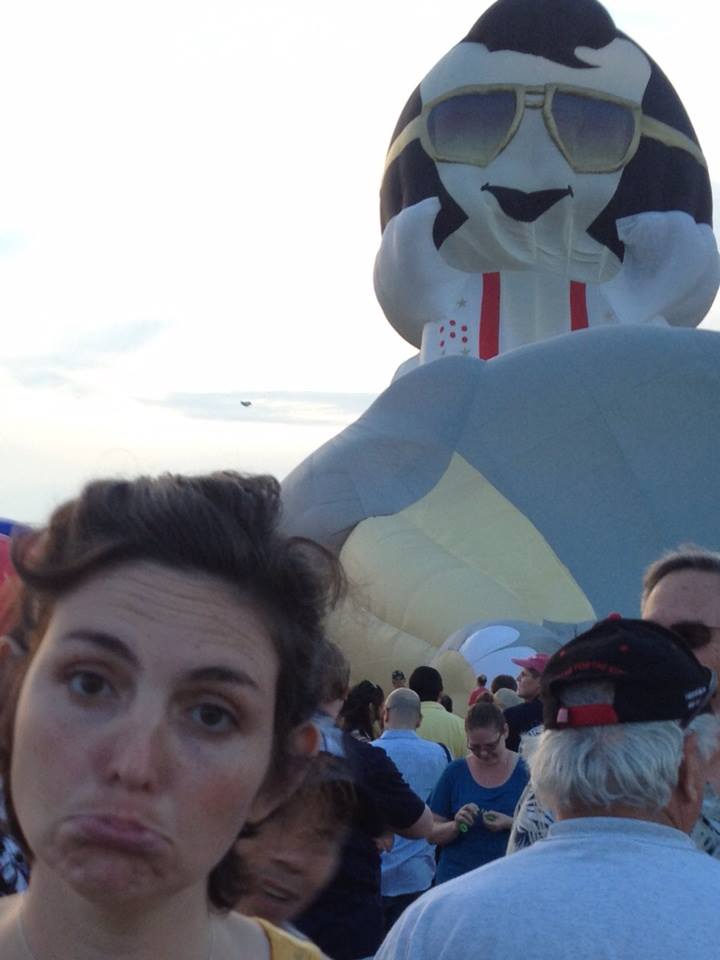